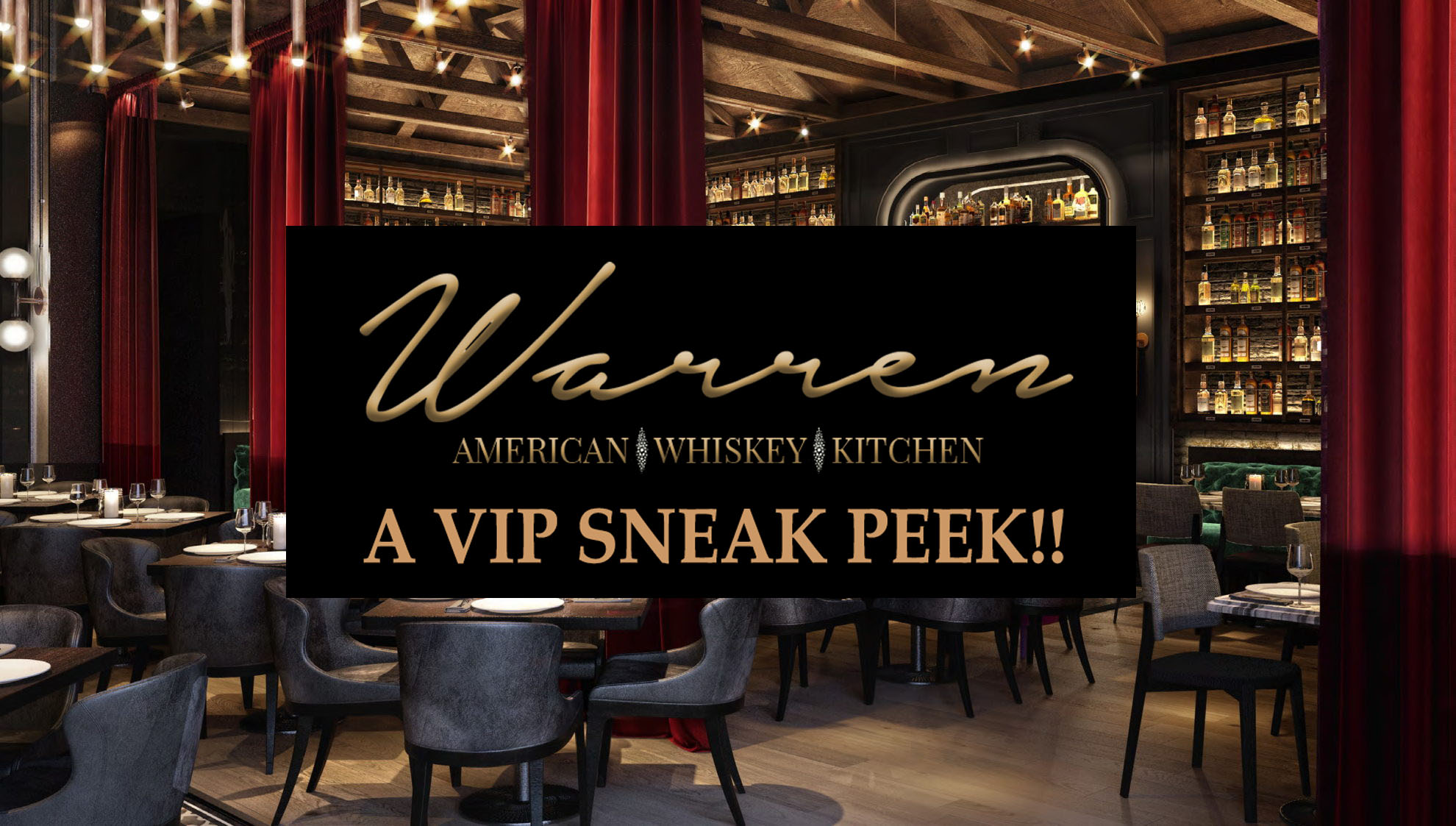 For the last few months, foodies, whiskey lovers, Delray Beach residents, and many south Floridians have been looking forward to the opening of Warren Delray, a new American bistro and whiskey haven. In fact, I’ve received many inquiries if the new establishment was mine.

Why? Just because I’m a lover of the brown spirits, a self-proclaimed bourbon connoisseur, and a certified “Master” in the New Orleans Bourbon Society?

Well, Shaun Hall (of Quarantine Culinary fame and the Delray Beach Community Forum) and I visited my old friend John Fitzpatrick (or as some call him, “Fitzy”) at Warren Delray in mid-April for a sneak peek!

John, who has graced such establishments as Sopra, 32 East, and his namesake Fitzy’s 45 Lounge, spent some time at Makers Mark Bourbon House & Lounge in the Power & Light District of Kansas City. That’s where his life takes a turn… into learning about whiskey.

Sit back and turn your speakers up while John takes us for a behind-the-scenes tour during the build-out, and spends some time to answer questions such as:

What forged your interest in “the brown spirits”?

What’s the story behind Warren Delray?

How many different expressions of whiskey will you carry?

What will differentiate Warren Delray from the other restaurants – and whiskey-centric establishments?

What sage words of advice can you offer?

Enjoy the video, but keep in mind this video is from mid-April – for more current views, see Wayne Pasik’s and John’s Facebook pages – the place is looking gorgeous!!

Leave SoFla for the weekend, check into a hotel and can’t even get away from thinking about The Show #cafecito @LeBatardShow @jessica_smetana

Yo @tomhaberstroh I eat jalapeños like potato chips - put ‘em in tacos, on eggs… how dare the #Freedumb crew compare them to the Carolina Reaper you ate, which make me cry, snot, and wash my mouth out with soap. You da man for takin’ that reaper 👊🏿🌶 @LeBatardShow

OMG thank you @BobLeyESPN - I was just about to eat this sandwich and you reminded me I have jalapeños in my fridge! @LeBatardShow @KateFagan3 #Freedumb