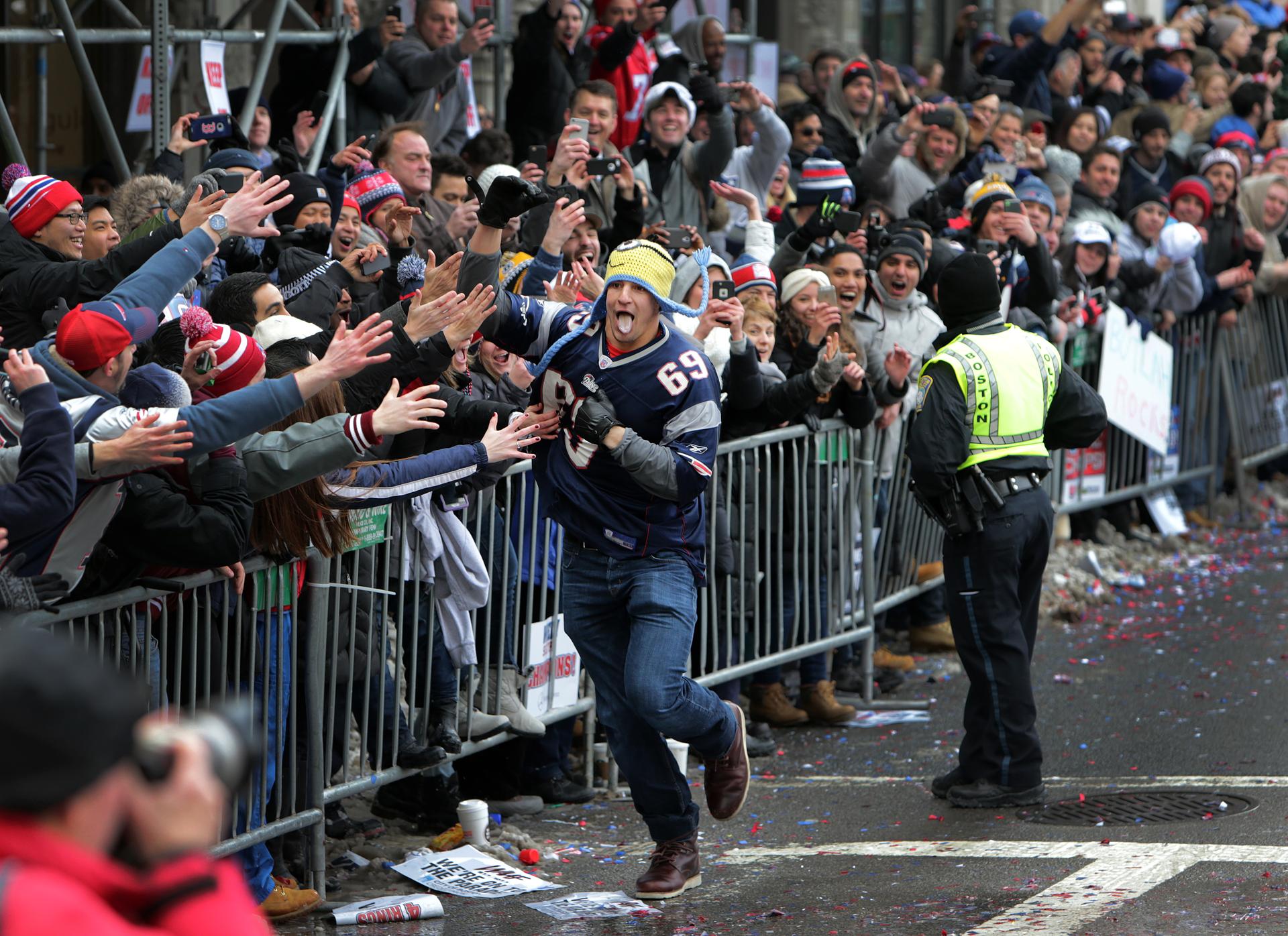 Rob Gronkowski stole the show during Wednesday’s victory parade in Boston, and there is a lot of data online to prove that – videos of Gronk twerking on duck boats, doing pushups on the parade route, and chugging anything fans would toss to him…from beers to Fireball Whisky.

Take the video above for example – a compilation of a bunch of Gronk highlights.  It’s like you’re actually on Boylston Street, right?  Well, maybe not.  But to make matters worse, over half the clips were recorded vertically on [drunken?] fans’ cell phones.

What makes people want to record video vertically?  Think of all the screens on which you have enjoyed video since you’ve been born… TVs, movie theater screens, computers.  How many of them have been vertical?

I, for one, don’t enjoy watching videos while on my computer (ask Danielle Raybuck) – but when I do, I don’t like them taking up only 30% of the screen with huge black rectangles on both sides.

Hopefully the masses will pick up on this.  Maybe the technology giants will build in some reminder on future devices.  Until then, here is a public service announcement you can share with your friends:

[photo courtesy of the Boston Globe]