“Spiciest Ramen in the World”? Gotta have it! 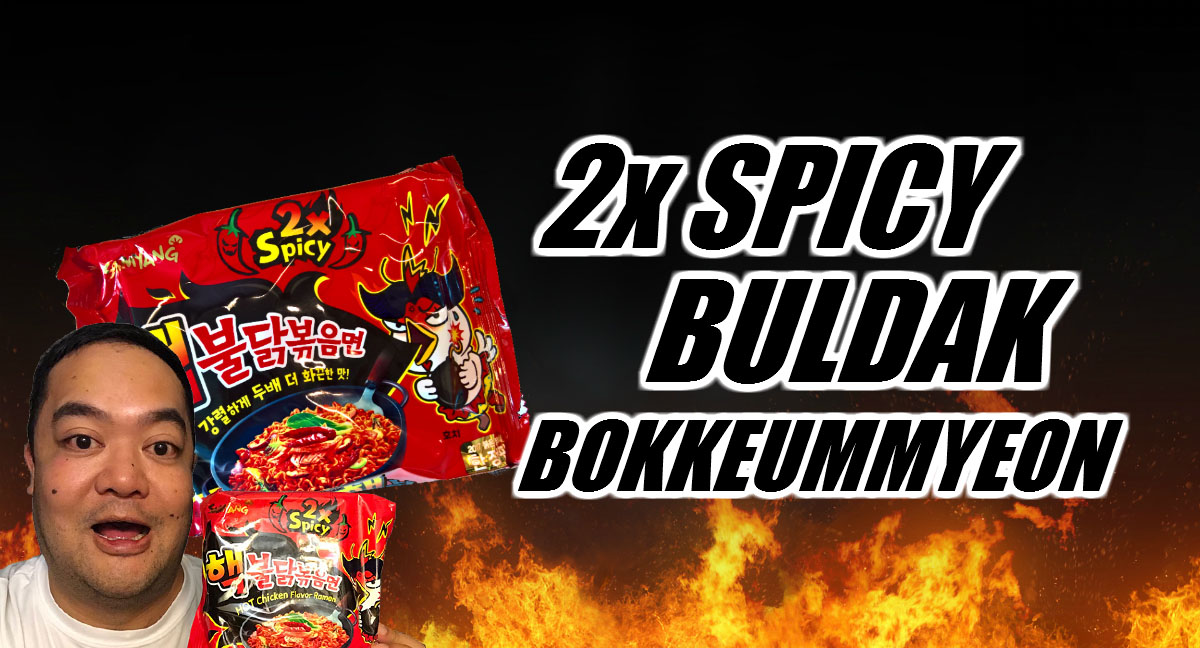 So of course I had to go to Amazon and buy a bundle of them right away so I could try them as soon as I got home from New Orleans.

The noodles came in a 5-pack – very colorful red package with a cartoon chicken breathing ramen flames.  When I opened the package, I found a sauce packet and a spice packet.

The preparation took longer than the ramen you used to live on in college.  First of all, I had to translate the metric measurements on the package to good ol’ ‘Murican measurements – apparently 600mL of water is about 2.5 cups.  Then you boil the noodles for 5 minutes, drain – keeping 8 “spoons” of water – then stir-fry in the sauce for 30 seconds.  I ended up using a pot, a stir-fry pan, and a mixing bowl, but I guess I could have prepared the ramen in one non-stick pot.  Something I noticed on the video above by INSIDER Food – they did not stir-fry… they simply poured the sauce on cooling noodles.  The magic sauce was probably not brought to its peak hotness because they were eating it cold.  P**ssies.

After you stir-fry, then you add the spice packet – looked like chili peppers and sesame seeds.  And by the way, the last word in the above paragraph was prissies… this blog post is kid-friendly.

So now we’ve got the finished product.  “How was it?”, you ask?  Well, here’s my video review:

Oh, by the way – I did not know there were all these “Hottest Ramen Challenge” videos out there until I uploaded mine tonight.  Wow – some people have a lot of time on their hands.

One thought on ““Spiciest Ramen in the World”? Gotta have it!”

Florida sweeps Bama today!! A comeback win for @GatorsWBK in Tuscaloosa, and 2 perfect 10s by Nya Reed & Trinity Thomas in a nail-biter in front of a sell-out crowd at the O’Dome on national TV!
@GatorsGym @Gym_Trin @FloridaGators

Save the date, #GatorNation: Thursday, February 17th is Gator Nation Giving Day, when you can benefit your favorite @UF college, cause, or my favorite - your local @UFAlumni Gator Club scholarship fund!! #GoGators #AllForTheGators #StandUpAndHoller

Hey @LincolnCBS12 @SamCBS12 @LoleskyWX @CBS12 - just saw your segment. During my very brief medical stint at UF, I learned that marking organs to be removed or repositioned has been a practice for decades, helping in later repositioning - kind of like a "north arrow" on a map...